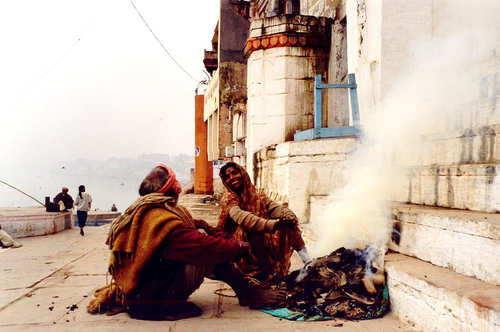 An essay on the history of caste in greater India:

The Indo-Aryans, whose culture became dominant, introduced into the region their social pyramid with three classes, or varnas: the Brahmins (priests and teachers), the Kshtriyas (warriors and rulers), and the Vaishyas (traders and merchants). They added a fourth varna after their arrival: the Shudras (laborers and artisans). All four varnas appear in the earliest known Indo-Aryan text, the Rig Veda, and were no doubt a feature of the emerging Vedic society. As the settled indigenous communities became part of the early Vedic society, they also adopted its principle of hierarchy, turning their own occupational subgroups into castes, or jatis…

Many historians have criticized Dumont’s pioneering analysis of Indian caste, accusing him of overstating the power of the Brahmins and of the ‘purity’ principle in shaping caste, which implies that Indian society was static, homogeneous, and integrated rather than what it has been: dynamic, notoriously diverse, and fragmented. They claim that norms, inter-caste relations, and social practices were always fluid, with the Brahmin not the only reference point. Today’s caste system, they argue, was heavily shaped by the social, administrative, and economic changes that began in early colonial times—until then, a lot of Indians ‘were still comparatively untouched by the norms of jati and varna as we now understand them.’ [4] Census classifications and differential state policies also hardened caste identities in modern times.