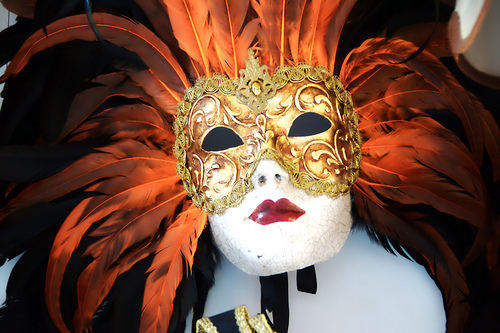 During the dot-com boom, it was common to hear about companies with “flat hierarchies” to more flexibly meet new challenges. No longer was there one long chain of command: now most everyone was equal to everyone else. I don’t know whether that concept still exists, but my recent reading into the science of social status has led me to reconsider my previously full-throated support of the concept. Here are some basic reasons why hierarchies are good:

Human beings are social animals, a fact that is central to how we as a species see the world. And like other social animals, whether wolves or chickens or chimpanzees, we sort ourselves into rankings. These rankings aren’t static, they can change over time, but they impose order on social interaction: In the wild, they create a framework for dividing up vital tasks among a group, and because they clearly codify differences in power or strength or ability, they prevent every interaction from disintegrating into an outright fight over mates or resources — someone’s rank tells you how likely she is to beat you in a fight, and you’re less likely to bother her if you already know.

…For one thing, it turns out that people are ruthlessly clear-eyed judges of their own place in the social hierarchy. This is notable because they tend to be poor judges of just about everything else about themselves. Study after study has shown that people are incorrigible self-inflaters, wildly overestimating their own intelligence, sexual attractiveness, driving skills, income rank, and the like. But not social status, that they turn out to be coldly impartial about.

For example, a team of social psychologists led by Cameron Anderson of the University of California, Berkeley ran a study in which strangers were put into groups that met once a week, and were tasked with solving various collaborative problems. After each meeting, the participants rated their own status in the group and that of their teammates. By and large, people’s self-evaluations matched up with how their peers rated them.

Perhaps the strongest, if the most surprising, evidence for the importance of clearly delineated social hierarchies is work that suggests that more inequality can make for better teams…Galinsky and his fellow researchers found that NBA teams with greater pay disparities not only won more, but ranked higher in categories like assists and rebounding, suggesting a higher degree of cooperation. The clearer the status imbalance, the researchers argued, the less question there is about where one stands.

Now clearly inequality per se is not a good thing. But there are situations where inequality between individuals is good. We are intensely social animals and function better as a group when we have a status; it’s better to have a low-entropy social pattern than a high-entropy one. Social status even affects us biologically; it changes the number of dopamine receptors we have in the basal ganglia which (should) affect how we value things and how pleasurable activities are. Inequality, it seems, is in our very brains.