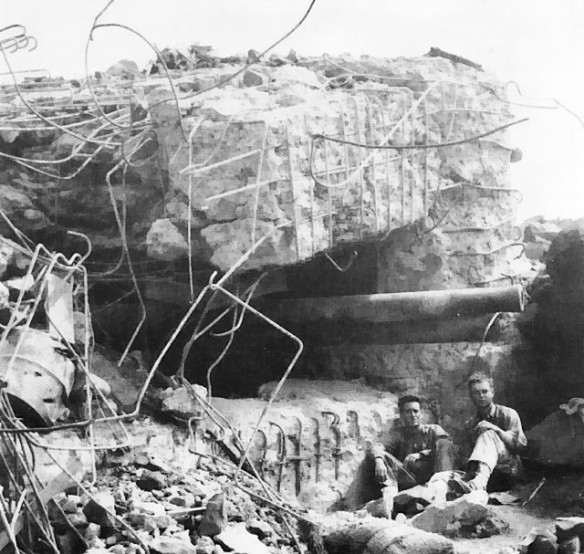 How do you win the unwinnable? Well, you don’t.

I watched Letters From Iwo Jima last night, which was really great. But then I decided to look up the history of the battle and I got even more impressed. General Tadamichi Kuribayashi was probably one of the best military strategists Japan had. He not only saw through the deficiencies of the Japanese honor code, he also constructed one of the most impressive defensive battlements you’ll ever hear of. Here’s what happened at Iwo Jima:

By June 1944, Lieutenant General Tadamichi Kuribayashi was assigned to command the defense of Iwo Jima. While drawing inspiration from the defense in the Battle of Peleliu, he designed a defense that broke with Japanese military doctrine. Rather than establish his defenses on the beach to oppose the landings directly, Kuribayashi created strong, mutually supporting defensive positions in depth using static and heavy weapons such as heavy machine guns and artillery, while Colonel Baron Takeichi Nishi’s tanks were used as camouflaged artillery positions.

…Only after the front wave of Marines reached a line of Japanese bunkers defended by machine gunners did they take hostile fire. Many cleverly concealed Japanese bunkers and firing positions lit up and the first wave of Marines took devastating losses from machine guns…The Japanese heavy artillery in Suribachi would open their reinforced steel doors to fire and then immediately close their doors following to prevent counterfire from the American forces. This made it extremely difficult for American units to destroy a piece of Japanese artillery.

…To make matters worse for the American troops, the bunkers were connected to the elaborate tunnel system so that bunkers that were cleared with flamethrowers and grenades became operational shortly afterwards. These reactivated bunkers caused many additional casualties among them as Marines walking past these bunkers did not expect them to suddenly become hostile again.

…The Marines learned that firearms were relatively ineffective against the Japanese defenders and effectively used flamethrowers and grenades to flush out Japanese troops in the tunnels. One of the technological innovations of the battle, the eight Sherman M4A3R3 medium tanks equipped with the Navy Mark I flame thrower (“Ronson” or “Zippo” Tanks), proved very effective at clearing Japanese positions. The Shermans were difficult to disable, such that defenders were often compelled to assault them in the open, where the Japanese troops would fall victim to the superior numbers of Marines…However, every “penetration seemed to become a disaster” as “units were raked from the flanks, chewed up—sometimes wiped out. Tanks were destroyed by interlocking fire or were hoisted into the air on the spouting fireballs of buried mines”. As a result the fighting bogged down with Americans casualties piling up. Even capturing these points was not a solution to the problem since a previously secured position could be attacked from the rear by the use of the tunnels and hidden pillboxes. As such, it was said that “they could take these heights at will, and then regret it”.

The Marines nevertheless found ways to prevail under the circumstances. It was observed that during bombardments, the Japanese would hide their guns and themselves in the caves only to reappear when the troops would advance and lay devastating fire on them. The Japanese had over time learned basic American strategy which was to lay heavy bombardment before an infantry attack. Consequently, General Erskine ordered the 9th Marines to attack under the cover of darkness with no preliminary barrage. This came to be a resounding success with many soldiers taken out while still sleeping.